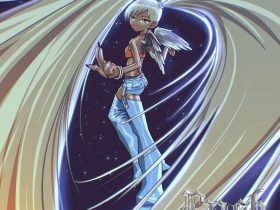 The TikTok star recently became the most-followed person, with a following of about 149.5 million people and 2.4 billion likes on the platform. And he is also making all he deserves for his dedication to his craft.

Speaking with the folks at Fortune, the 22-year-old revealed he is learning English by watching American cartoons and movies, as well as spending an hour every day working with a tutor. He also wishes to become an actor.

He had told TMZ that his ultimate goal would be to star in a film alongside Will Smith. “He started to dream about being an actor after watching The Fresh Prince of Bel-Air,” Lame said. “His goal is to be in a movie, hopefully, one day with [Will].”

Now,  Fortune has revealed that star earned $450,000 through his partnership with Hugo Boss, and the outlet also reviewed his contract with a major Hollywood studio indicating he would make $750,000 for a single clip. Khaby is estimated to have made around $10 million this year.