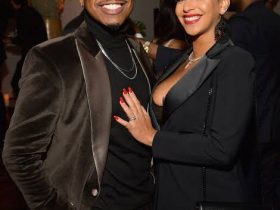 Anthill Studios has unveiled the teaser for its animated series, “League Of Orishas.”

“League of Orishas” follows the characters in a fantasy world inspired by various west african mythologies, the story is set in a time when gods, supernatural beings, humans roamed
the Earth. It will feature some of your favourite gods and their devotees.

The animated series is created by Niyi Akinmolayan and animated by Eri Umusu.

”League Of Orishas” will premiere exclusively on Anthill Studios’ YouTube channel on September 11, 2022.

Watch the teaser below: