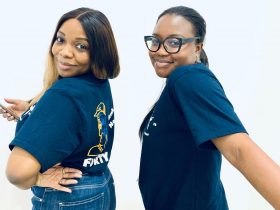 Three Nigerian podcasts are among the 13 recipients of Spotify’s New Africa Podcast Fund.

Afrochella in Ghana is being sued by the Coachella Valley Music and Arts Festival for trademark violation. Afrochella’s organizers were accused of intentionally “trading on the goodwill” of Coachella and its affiliated events by using the name “Afrochella” in a confusing manner and trying to register Coachella’s actual trademarks as their own, according to a lawsuit filed on October 5 in a federal court in California. According to the filings, the Afrochella organizers “went so far as to apply in Ghana to register Coachella as their own trademarks,” showing that they were “not only content to copy and attempt to trade on the reputation of Coachella.”

Documents, obtained by Pitchfork, also pointed out that the organizers of Afrochella deliberately chose the name with the “specific intent to create a suggestion that it was a part of Coachella.” The documents further stated that Coachella organizers had reached out to the Afrochella team a few years prior to make adjustments, but were allegedly ignored.

“Despite repeated requests from Plaintiffs, defendants have refused to adopt their own distinctive event name, and as a result, instances of actual confusion have already appeared on social media.”

In a recently re-surfaced social media post, there is evidence showing that Edward “Deezy” Elohim, Afrochella’s former boss admitted that Afrochella was affiliated with Coachella.

In 2019, Coachella organizers cautioned the general public that it did not want Afrochella attendees to believe that the Ghanaian festival was “authorized by, or affiliated with, AEG or Coachella.”

This year’s Afrochella Festival is slated for December 28 through December 29, 2022, at the El Wak Stadium in Ghana, with Burna Boy and Stonebwoy as its headliners and other big names like Ayra Starr,Black Sherif, Fireboy DML, and more. Since it began, the festival has gained a reputation for celebrating African culture and music. According to the festival’s official website, the theme for this year’s event is “Afrofuturism,” and the show will highlight Africa’s thriving talent.

“The festival is designed to elevate and highlight the thrilling and thriving millennial talent in Africa by introducing an interactive event that teaches, explains, and explores various cultures through a pioneering approach. Afrochellans will experience art and creative activations from the continent, celebrate African music, and taste premium and cultured cuisine.”