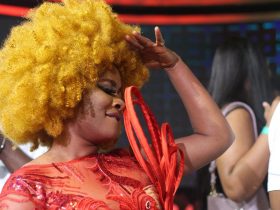 These are the combined weekly voting results for Big Brother Naija’s seventh season.

A philanthropist and Ibadan-based politician, Dr Olayinka Ibikunle emerges as the candidate of the African Democratic Congress (ADC) of the Ibadan Southwest/Ibadan North-West Federal constituency.

The industrialist who hails from the great Balogun Ibikunle’s compound in Ibadan won the party’s ticket to contest in the 2023 general election unopposed.

The election which was held at Lafia hotel, Apata, Ibadan was monitored by the officials of the Independent National Electoral Commission (INEC) from Ibadan Northwest/Southwest, men of the Nigeria Police Force and Nigeria Civil Defence Corps (NSCDC).

Dr Ibikunle was declared the winner by the Primary committee of the election headed by its chairman, Alhaji Ibrahim Manzo, Alhaja Yinka Olona, Barrister Adelowo Adebimpe and Alhaja Doyin Akintola.

Ibikunle in his acceptance speech expressed his appreciation to leaders, delegates and members of the party for the opportunity given to flag ticket of the party.

He said if elected in the general election he is going to focus on improving the humanity of his constituent.

The industrialist who had also intervene in programmes such as the empowerment of youths in the constituency, health, and education community projects among others.

In the same vein, the party had also held a primary election for candidates to represent the party at the Ibadan Northwest state constituency, Oyo State House of Assembly on Thursday where Bashiru also known as (BBR) emerged the winner of the election which was held at Adebayo Nursery and Primary School, Oke -Oseni, Ibadan.

No doubt that Dr Olayinka Ibikunle is the best candidate to perform the duties well.