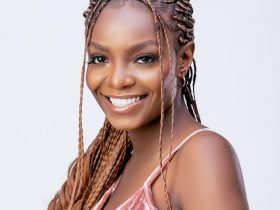 Meet PEACE! if you stan her, your other family members must do the same

Davido is adding another luxury home to his many homes.

The singer is currently working on his Beach house, which will be massive.

With the video of the house making rounds, there is no doubt that the singer splashed millions of nairas on his newest project.

The beach house is located at Ilashe Beach, Lagos State and according to reports, the house is near completion.

We are definitely sure the interior of the house would be out of the world.

In April that Davido had set the internet on fire after he claimed that his recently purchased Banana Island land worth 2.5 billion.

The father of four had splashed millions of Naira on a massive land in Banana Island, Lagos.

This came a few months after Davido moved into his new mansion, which was the most talked about online.

In the post on his Instagram story, Davido expressed appreciation to God, saying he had acquired a new land to build his dream home.

According to Davido, he would be building the craziest crib that people have ever seen.

He wrote: To God be the glory! Just acquired my new land to build my dream home. IM boutta to build the craziest crib you all ever seen”.

The singer spoke to former singer turned blogger Tunde Ednut who revealed the actual price of his new land.

The blogger was left speechless when receipts showed he acquired 2.5 billion naira land.

This had stirred huge reactions online.

When Davido showed off the interiors of his Banana Island mansion, the internet went wild.

The singer had gone all out to make his house a world-class mansion.

Taking to his Instagram story, Davido showed off the house’s interior, leaving many speechless.

His TV and impressive car collection had caught the attention of many who couldn’t help but gush over his luxury lifestyle.