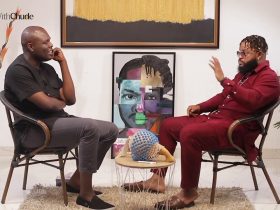 On #WithChude, Whitemoney Discusses His BBNaija Experience, Career, and Growth.

Afrobeats rap artist Ladipoe has announced he has an extended play “Providence” on the way, in a statement released to his fans, titled “To My Lifelines”.

Ladipoe began with the highlights of his year which include winning the Best Collaboration Award at the 2021 Headies for “Know You” featuring Simi and his BET Best Hip Hop Award nomination.

“It’s been some time since I sat in silence. What a year it’s been. There have been many reasons for me to celebrate. The headies win in February was incredibly special, it was my first one.”

The rapper opened up about being nervous concerning the reception of his hit single “Feeling” featuring Buju, which turned out to be one of the most played singles of the year. “I remember on the morning of May 7th, I was nervous, for just a second, that people would not accept “Feeling”, now look what it’s become! My first single of the year became the number one song on Nigerian Radio”.

“Still, that number 1 is not the highlight of my year; someone else holds that special space. I feel blessed. Here we are after a BET nomination in September. My first international nomination. Although I didn’t win, I hope you are proud of me. I hope it inspires someone somewhere,” Ladipoe recounted his many firsts this year, but clearly, nothing beats welcoming his first child.

He went on to announce the coming of his extended play, imploring fans to show it the same love they have shown him. In his words:

Before the year ends, I will release my EP titled PROVIDENCE. I took my time to create a project I can be proud of; a project you can cherish. Show it the same love you’ve shown me.

Thank you for always supporting the Revival. Stay with me. There is no movement without you.

But you knew that. 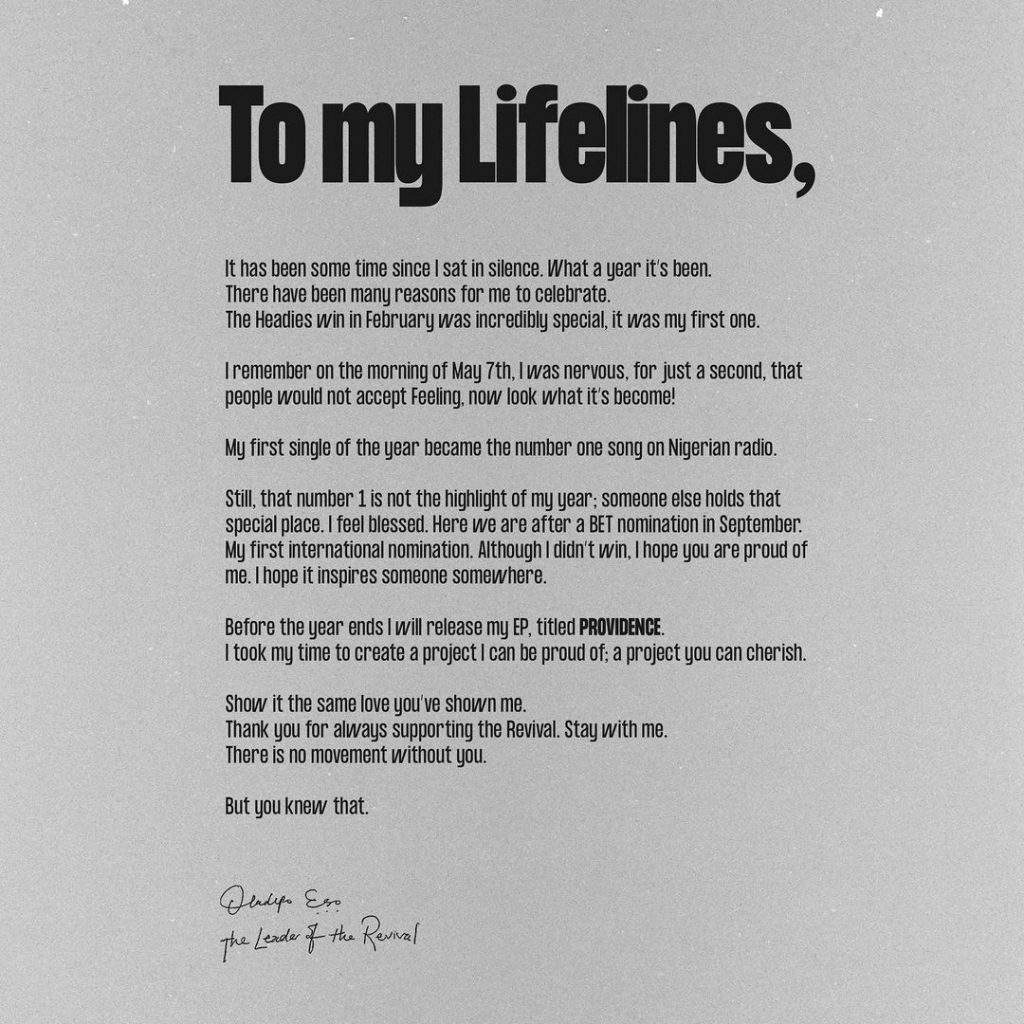 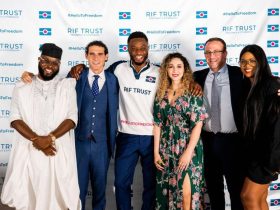 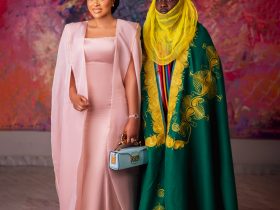 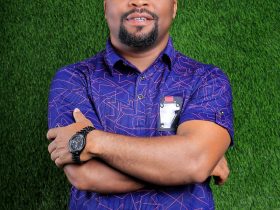