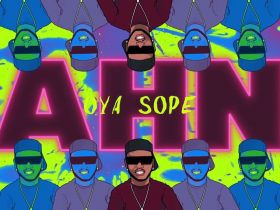 “Sweet As A Mother’s Love” is from his debut studio album “Before We Fall Asleep,” released on the Marvin Record label. It contains 14 exceptional tracks which feature guest performances from Don Jazzy, Styl-plus, LadiPoe, Ayra Starr, Chylde, Lagos Community Choir, Kwittee, and Cillsoul.

Watch the beautiful performance of “Sweet As A Mother’s Love” below: