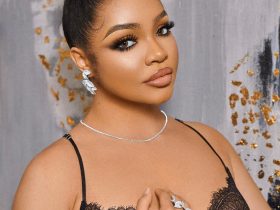 Nengi urges everyone to pitch in and help the Bayelsa flood victims in whatever way they can.

Anthony Joshua has reserved special praise for his heavyweight counterpart Oleksandr Usyk ahead of their upcoming world championship fight at the Jeddah Super Dome in Saudi Arabia on August 20.

Usyk dominated the Englishman during their previous Wembley bout that saw Joshua lose his world title belts for the second time in his career.

Despite cutting a more brash attitude in the build-up to the rematch, Joshua demonstrated his respect for Usyk who stayed to fight in Ukraine when Russia began their invasion of his homeland.

The 35-year-old was part of the Ukraine Defence Battalion and was responsible for going out on patrols as Usyk joined the frontline to protect his country from invaders.

The world champion eventually departed Ukraine after being urged by injured victims of the war to leave and begin training for his heavyweight showdown in the middle east.

Joshua, 32, took time to honour his rival’s commitments to fighting for his country, admitting he would have done the same to protect his home.

“If it was me, yes, it would definitely have an impact and I don’t know if it would be positive or negative.

I don’t know how I would deal with it but I know it would be tough.

“I have never lived in anything like a conflict like that, so I don’t know the sort of ramifications it would have on me.

“It is such a shame that civilians get the worst end of the bargain in wars, when it is a political issue. He is just trying to defend his community so I respect him.

“I think I would have done the same, not as a boxer or a warrior, just as a general person.

Joshua, from Watford, has endured a very different build-up to his meeting with Usyk, first jetting off on a global trip to find a new trainer, before settling with serial winner Robert Garcia as he ditched long-standing trainer Rob McCracken.