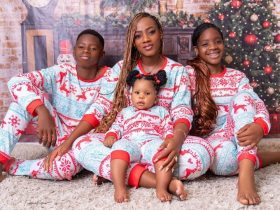 Abou “Bu” Thiam has been named EVP, Columbia Records, where his role will entail A&R and other strategic initiatives in all genres.

“Bu’s incredible musical instincts distinguish him as a great executive,” Columbia Chairman & CEO Ron Perry said. “His experience and success with some of the greatest artists of recent times make him a truly valuable addition to the Columbia team.”

Bu also runs BuVision Entertainment, a joint venture with Columbia Records with signings such as KayCyy and Rican.

His philanthropic endeavors include co-founding Lightning Africa and WAW Internet Company. Besides managing Ye, Thiam orchestrated his Donda album and has previously shepherded hits for Rihanna, Chris Brown and others.

“I didn’t see myself inside a major label again, but after working so closely with Ron and the Columbia team over the last few months, it was an opportunity I wanted to take on,” said Bu, a former VP at Def Jam.

“Ron is one of the best leaders in the industry, we share a similar perspective on music and the future of the business.”