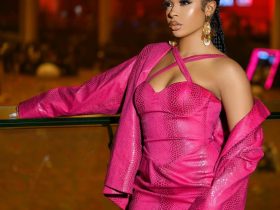 Nigerian singer, Kizz Daniel, has apologised for failing to perform at a show in Tanzania on Sunday.

Daniel was arrested in Dar es Salaam on Monday for failing to perform at the show. Fans had earlier trashed the venue in anger at the non-appearance of the singer.

At a press conference on Tuesday night streamed on the show promoter’s Instagram page, #str8upvibes_, the ‘Buga’ crooner explained his side of the story, apologised and promised a free show for Friday.

He said, “This Friday, a free show by the way, I will be partnering with Straight Up Vibes to make that happen.

“I must apologize to the fans. None of this was intentional.”