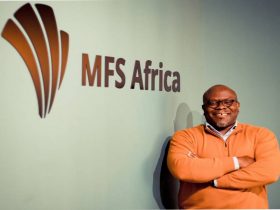 MFS Africa announced its acquisition of Baxi, a super-agent network in Nigeria

The singer and cosmetics tycoon is making a splashy comeback with a new song called “Lift Me Up” after taking a lengthy hiatus from the music industry. According to Variety, this serves as the album’s lead song for “Black Panther: Wakanda Forever.”

Tems, Rihanna, Ryan Coogler, and Oscar winner Ludwig Göransson all contributed to the song’s composition. It serves as an homage to the late Chadwick Boseman’s life and work.

Tems described the song as follows:

After speaking with Ryan and hearing his direction for the film and the song, I wanted to write something that portrays a warm embrace from all the people that I’ve lost in my life. I tried to imagine what it would feel like if I could sing to them now and express how much I miss them. Rihanna has been an inspiration to me so hearing her convey this song is a great honor.

You can pre-order/pre-save the song, which is coming out this Friday, here.

Watch the teaser below: