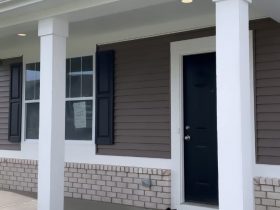 Bubbly Nollywood actress, Shola Subair known as Sholly Cutie, has made a big score with her movie titled ’69’ which was released on YouTube August 4, 2022, through Libra TV. Many have described the film as unusual Yoruba film because of many sexually explicit scenes, mostly involving the actress and another top rate actor, Ibrahim Chatta.

For people who have seen American films like ‘Basic Instinct’ starring Michael Dougla and Sharon Stone or Body of Evidence featuring Madonna and Willem Dafoe, one may begin to have a picture of what Ibrahim Chatta and Shola Subair pulled off.

Of course, Libra TV has certain limitations to air all the sexual scenes and so censored most, while refering more curious viewers to go the actress’ website.

Sholly Cutie and Ibrahim are lovers in the film and just like in the two American films mentioned above, the lovers couldn’t keep their hands and more off each other, even though their illicit romance and sexcapades ended fatally with devastating consequence.

In a chat with Potpourri, the producer, Shola Subair revealed the film was tasking and hugely consuming as they had to shoot some scenes severally while being almost naked on set. She said her chemistry with Ibrahim Chatta was a big help that made the production a success.

“Ibrahim Chatta and I didn’t only have good chemistry, we had good biology too. It was a great help while shooting the movie,” she said. 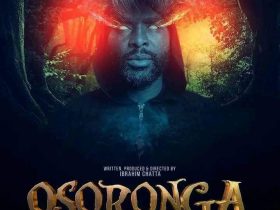