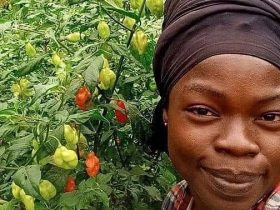 Meet Suberu Bose Ruth, a LASU graduate who has been a farmer since 2015.

Multiple award-winning singer Tems has shared the story behind her song: “Mr Rebel”.

The music star, during a recent performance in London with her mother in attendance, told the audience how they were going through a really hard time as a family.

She got emotional during the show narrating how her mother suffered a broken leg after some burglars gained access to their residence and held them at knife point.

Despite the hard times coupled with quitting her job, she informed her mom about her decision to release a song and got her full support.

Eventually in 2008, the song, “Mr Rebel” was released, which she dedicated to her mom during her performance.

She said: “My mom is here. Before I quit my job. My mom had broken her legs. We were really in a tough place and someone broke into her house and held her at knife point”, she said.

“So I told her I wanted to do this thing. I want to actually release a song, I want to try. And even though we were struggling, she said, “Yeah I’m with you. I think this is what you’re meant to do.

“It took me a lot to see my mom suffer. And so, I released a song called “Mr Rebel. And I’m dedicating this song to my mom.” 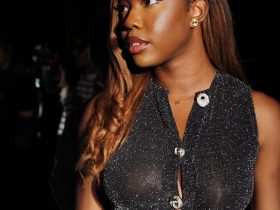 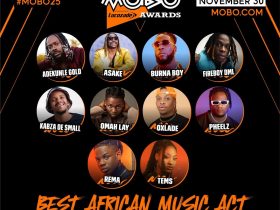 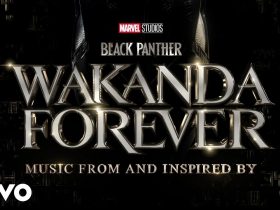