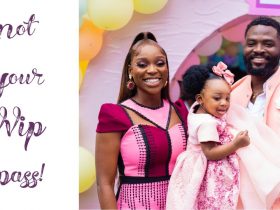 Justice Akintoye Aluko of the Federal High Court sitting in Lagos will on August 18 rule on the bail application of a man and his father alleged to have operated a Ponzi scheme through which hundreds of persons lost over N14 billion.

They pleaded not guilty to a two-count charge of carrying out banking operations without a valid licence.

Justice Oweibo deferred the hearing of their bail applications till Wednesday, August 10.

At the resumption of proceedings, Justice Aluko assumed jurisdiction over the matter as a vacation judge.
Defence counsel Mr. Olaniyi George told the judge that he had a bail application and pleaded with the court to be allowed to move same.

He informed the judge that the defence, just before the court began sitting, served him with a further affidavit which would require a response.

After hearing submissions on the motion for bail and the counter to it by the prosecution, Justice Aluko adjourned ruling on the bail summons till August 18.

The charge against the defendants reads: “That you, Wales Kingdom Capital Limited sometime between October 2019 to December 2020 in Lagos did carry on banking business without a valid license and thereby committed an offence contrary to Section 2(2) of the Banks and Other Financial Institutions Act, Cap B3, Vol.2, Laws of the Federation of Nigeria, 2004.

That you, Adewale Daniel Jayeoba, Emmanuel Jayeoba And Wales Kingdom Capital Limited whilst being Directors of Wales Kingdom Capital Limited sometime between October 2019 to December 2020, in Lagos knowingly consented to the carrying on of banking business without a valid license by the Company and thereby committed an offence contrary to Section 2(2) and 49(1) of the Banks and Other Financial Institutions Act, Cap B3, Vol.2, Laws of the Federation of Nigeria, 2004.