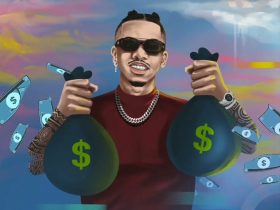 Tekno comes through once again with a brand new single titled, “Pay.”

A 17-year-old girl has accused a policeman, Salihu Kazeem, of raping her and her friend at his residence in the Port Harcourt area of Rivers State.

The victim, while narrating her ordeal, said Kazeem allegedly committed the crime after accusing her and her friend of making unauthorised withdrawals to the tune of N500, 000 from his bank account.

The minor also accused Kazeem of trailing her after she reported the case at the Rumokpakani Police Station, adding that while she was job hunting sometime in March 2022, a friend introduced her to the policeman.

She said, “He accused us of stealing when we returned his Automated Teller Machine card, which he gave us to get something to eat after a friend introduced us to him.” He claimed that he had received many debit alerts and when we asked for the amount, he said N500, 000.

“He discharged my friend and kept me and the girl that went to buy food in his house.” He called his boys and told them that we were thieves.

“He asked us to take off our dresses and filmed us as we were naked.” He said if we didn’t cooperate with him, he would spread our nude videos. He took us to a room and slept with us till the next morning. ”

In his reaction, Kazeem, while denying the act, described the victims as hook-up girls, adding that they consented to the sexual act.

He, however, said the girls used his ATM card to make several withdrawals after one of the hookups.

He said, “When they came to my house, I gave one of them my ATM to buy food. They left with the ATM card, and I didn’t see them till 11 p.m. None of them called to tell me anything. The only thing I was receiving was debit alerts.

I tried to reach one of them that her friends connected me to for a hook-up. She told me she gave my ATM card to another lady and said I should not be offended. ”

Meanwhile, a lawyer with the Centre for Basic Rights Protection and Accountability Campaign, Festus Bomwin, urged the police command in the state to investigate the case in a bid to get justice for the victims.

She said, “So, we are expecting them at the command today.” I am sure after hearing from them, a discreet investigation will begin and the outcome will be made known to the public. Whoever is found culpable will face the law. “