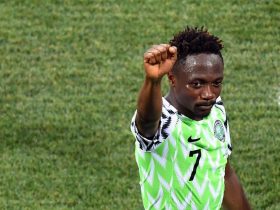 Two policemen have been arrested after being caught on camera harassing people by forcefully checking their phones.

A Twitter user, Chinedu had taken to his timeline to share a video of the policemen harassing one of his friends.

“Is there anything new under the sun?

“My friend was harassed by the police today while he was on his way for a photo shoot,” he captioned the video.

Explaining how the incident happened, the voice of a man suspected to be the victim, was heard saying: “So, I was going for a job, this policeman stopped me, collected my phone and was searching me. But the Inspector-General of police said on Twitter that you should not search my phone. Why are you searching my phone?”

Speaking on the matter, the Lagos Police Command said the officers searched the phones under the guise of carrying out a stop and search.

One of the officers was identified as Opeyemi Kadiri, with force number 509745.

Displeased with the policemen’s conduct, Lagos Police Commissioner Abiodun Alabi ordered the immediate arrest of the officers, as he vowed not to tolerate harassment by his men.

Sharing an update on the matter, the Police Spokesperson in Lagos, Benjamin Hundeyinsaid the officers would be investigated and prosecuted.

“The officer who searched the civilian’s phone has been handed over to the provost for disciplinary action, pending their transfer to Force Headquarters, Abuja, for further disciplinary measures.

“The video clearly shows assault on the part of the officer. Further, it was established that there was no extortion, nor was there any arrest or detention,” Hundeyin added.

Prior to this development, the Lagos police spokesperson affirmed that no office has the right to search the phones belonging to members of the public.

According to Hundeyin, any officer that engages in such is not a policeman, but a scavenger.