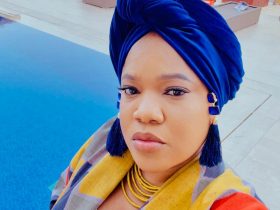 Show Dem Camp is back!

The album has 17 songs and has guest appearances from Tems, Victony, Ladipoe, Oxlade, Lojay, Tay Iwar, M.anifest, and others. Spax, Nsikak David, Efe Jazz, T.U.C, and others contributed to the production.