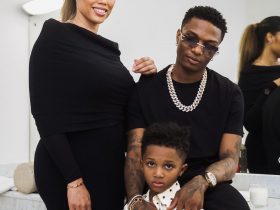 Fans were pleased to see a fresh family photo posted by Wizkid and Jada on social media.

Some of our favorite performers received many nominations for the 65th Annual Grammy Awards.

Tems’ appearance on Future’s song “Wait For U,” which also features Drake, has earned her nominations for “Best Melodic Rap Performance” and “Best Rap Song” in the Grammy Awards. Tems are featured on Beyoncé’s “Renaissance” album, which is up for Album of the Year.

Tobe Nwigwe, a Nigerian-American singer and rapper, is up for Best New Artist.