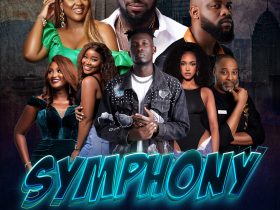 Kizz Daniel expressed his desire to perform his popular song “Buga” at the World Cup in a tweet a few months ago. The fact that Kizz Daniel will now perform in the opening ceremony of the 2022 FIFA world cup in Qatar will seem to indicate that the universe has complied with Kizz Daniel’s request.

Kizz Daniel announced this information on his official Twitter account, saying that his requests to play during the World Cup have been granted.

With his track “Buga” becoming one of the top singles from the continent, Kizz has had a successful 2022. Kizz Daniel is planning to bring “Buga” to the greatest event after launching a successful “Afroclassic Tour” of the UK, US, Canada, and several African nations.

Qatar will host the 2022 FIFA World Cup from Sunday, 20 November until Sunday, 18 December. The fact that fans will be able to watch Nigerian artists play at the World, which is another high point for Afrobeats, will excite fans.