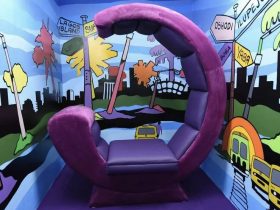 Check Out The interior design of New Biggie House

Wizkid has launched his much awaited “More Love, Less Ego” album through Starboy/Sony Music International/RCA Records, following the commercially and critically acclaimed “Made in Lagos” and “Made in Lagos (Deluxe)” albums.