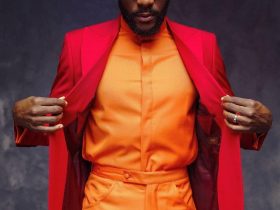 David Oyelowo, a British-Nigerian actor and two-time NAACP Award winner, is a well-known figure in the film industry and has starred in a number of blockbuster films, including “Selma,” “A Wrinkle in Time,” and “Gringo.” He is renowned for giving engrossing and heartfelt performances that completely capture the complexity of the characters he plays. In his most recent project, Oyelowo will return to his native Nigeria and recount the tale of the bloody Biafran conflict, which had a negative impact on the lives of many Igbo people in the nation’s eastern area. The new limited series, which Deadline first revealed this week, is currently being developed with the BBC, together with newly established Argo Films and Oyelowo’s Yoruba Saxon Productions.

The series will blend character-driven personal tale with themes of family, identity, and belonging at its core, seen through the perspective of a young Black British lady. While the limited series is still awaiting approval, the BBC original is scheduled to begin filming in several countries, including the UK and Nigeria, as it seeks to recall the events of two significant historical periods: the 1967–1970 Biafran War and contemporary Nigeria.

Oyelowo emphasized his desire to develop the series in order to highlight more important topics when he referred to “Biafra” as one of his prized efforts. “One of my most cherished projects is Biafra because of my Nigerian roots and desire to see the best African stories told. My life was formed by my parents’ union across the frowned-upon tribal lines of the Biafran conflict, just as it has been for millions of Nigerians, he tells Deadline of his connection to the issue.

With this limited series, Oyelowo and his production attempt to recover a lost identity and frequently forgotten history while telling an emotionally potent tale of sorrow and betrayal. Some award-winning authors Bola Agbaje of the 2013 comedy “Gone Too Far” and Lawrence Olivier for the series screenplay, as well as co-developing and directing roles by Ngozi Onwurah, will be working with him on the execution of this project. Oyelowo will be joined on the project by additional executive producers, including Yvonne Isimeme Ibazebo, well-known for her remarkable work on the British series “Top Boy,” and Fremantle’s Christian Vesper and Richard Johns.