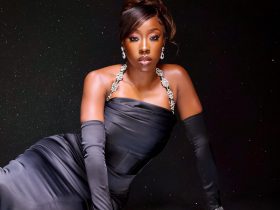 The musician, who went public with his kidney ailment in July, revealed this at Freedom Vibes 6.0, a colloquium organised in his honour at Freedom Park, Lagos.

The musician, who went public with his kidney ailment in July, revealed this at Freedom Vibes 6.0, a colloquium organised in his honour at Freedom Park, Lagos.

Eedris, 48, said: “I am shouting to my wife. I’m talking about the first time we went to see our doctor; the doctor said they don’t encourage kidney harvesting, selling of kidneys and all that, that the donor has to be a family member, a friend, you know; whether your daughter or your brother or your son, you know”.

“So right there, my wife decided to take all the tests, and from all the tests she took, everything came out positive that she was compatible with me. So I’m giving God the glory and thank God that I don’t have to wait for one year or two years because I know it’s not easy”.

It is the first time the outspoken singer would confirm the identity of his kidney donor.

Eedris wedded his wife in 2003; they have three children together.

Until recently, his wife had managed to maintain a low profile despite being married to a celebrity.

The singer, who joined the event via zoom, didn’t look like his typical self but managed to give an impressive speech.