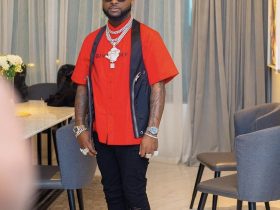 Businessman and music executive, Emperor Geezy, has explained why he is not active on social media platforms.

He said his oftentimes long absence on social media platforms was to ensure he pushed out quality content rather than clout-chasing.

Sharing his plans for the Nigerian entertainment industry in a statement on Monday, Geezy said his commitment to seeking talents in Nigeria and across Africa has limited his online presence.

According to him, G-Worldwide Entertainment as an incubator for new talent and a hub for African music is raising the bar for not just Nigerian musicians and actors, but also for Africa as a whole.

“I got A&R in and outside African countries in search of great talent. My motto is one of the reasons I only show up on social media with something new, and not, cloud chasing.

As a businessman, owning multiple businesses in Nigeria has made me more of an introvert for social media”.

On his plans for the industry, Emperor Geezy said he would be focusing on growth and committed to creating the right environment for talents to flourish.

“G-Worldwide is not just a record label, but a 360-entertainment company, housing a music and movie production division and providing the best of our services on music recording, music publishing, music and film distribution, film production, talent management, film promotion, promotional recording, radio promotion, and a lot more.

“As industry experts, we focus on growth and creating a conducive environment for talents in the entertainment industry,” he said.