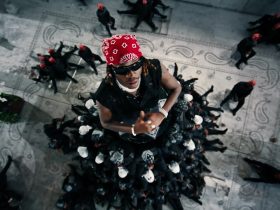 Global Citizen has announced the lineups for the 10th anniversary Global Citizen Festival, which will be held in New York City’s Central Park, in Accra, Ghana’s Black Star Square on September 24, 2022.

Since 2012, when it started lighting up Central Park’s Great Lawn, the Global Citizen Festival has been the world’s longest-running global campaign to end extreme poverty. It brings together millions of people, whose voices are amplified by the world’s biggest artists, to demand that world leaders act NOW.

Globally, the disproportionate impact of the COVID-19 pandemic has pushed nearly 100 million more people into extreme poverty and is reversing recent trends of shrinking inequality, leading to the loss of at least three years of progress. Without urgent action now, this backsliding will only worsen. Russia’s invasion of Ukraine has aggravated the situation further, with as many as 323 million people now facing acute hunger and 1.2 billion people now living in nations experiencing a perfect storm of food, energy, and financial crises. If we don’t take action NOW, as many as 200 million more people may be plunged into extreme poverty by November.

The 2022 Global Citizen Festival will call on world leaders at the United Nations General Assembly and ahead of the G20 and COP27 in November to step up and invest $600 million into the future of women and girls; close the annual $10 billion climate financing shortfall; deliver $500 million to help African farmers respond to the global food crisis; and provide urgent relief from crushing debts to End Extreme Poverty NOW. 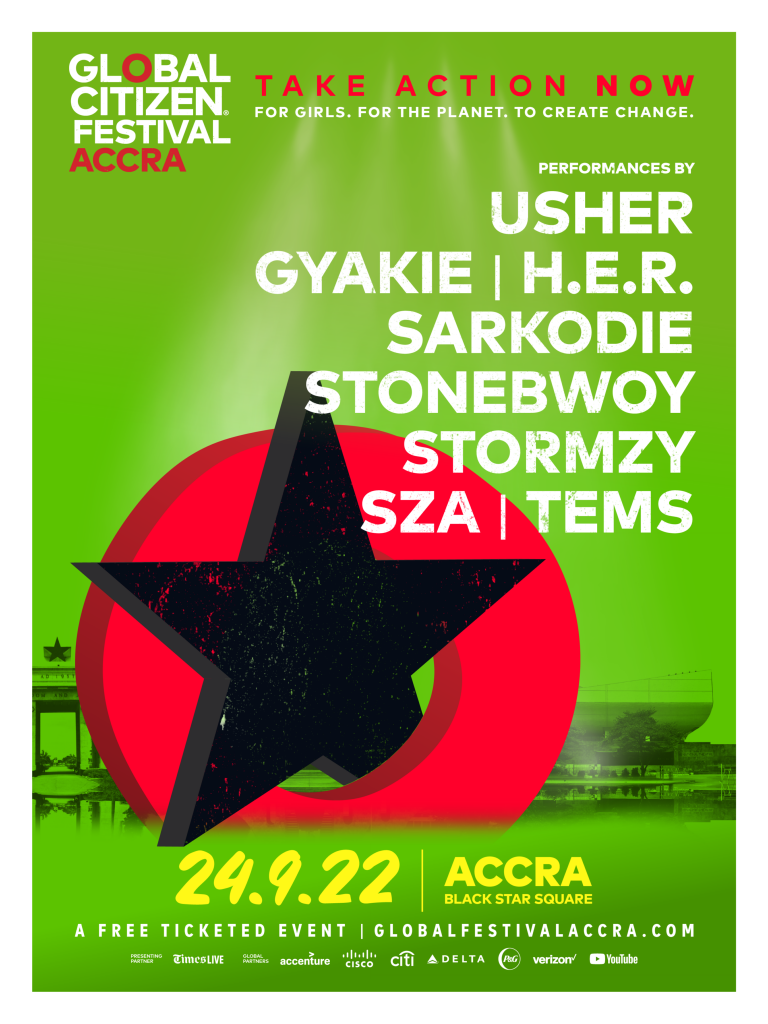 Marking the 65th anniversary of Ghana’s independence and the 20th anniversary of the African Union, Accra’s iconic Black Star Square will see live performances from Usher, SZA, Stomzy, Gyakie, H.E.R., Sarkodie, Stonebwoy, and Tems, with more to be announced.

Global Citizen is calling for world leaders, major corporations and philanthropic foundations to take to the Global Citizen Festival stages and announce new commitments to End Extreme Poverty NOW, including:

“While communities face injustices, crises and inequalities in the world, we simply cannot give up the fight and solidarity to end poverty. We need all voices in calling for a better future for everyone, everywhere. Now is the time for ambitious action. Together, with Global Citizen, we can keep the promise of the Sustainable Development Goals,” Amina Mohammed, United Nations Deputy Secretary General.