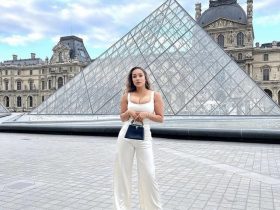 According to Okafor, the PMAN biometric ID card is done in partnership with Zenith Bank.

He said the launch of the biometric ID card will hold at the Eko Hotels and Suites, Victoria Island, Lagos on Wednesday, August 24, 2022.

Okafor also said after the unveiling of “the new and improved PMAN Biometrics ID cards, the cards will be issued to the first batch of registered members across the country.”

He also urged the invited guests to honour the invitation saying the event would set the ball rolling for greater things to come for the betterment of the Nigerian entertainment industry.

In his remarks, PMAN’s 2nd vice president, Zaaki Azay, said the progress in PMAN is “borne out of the synergy and unity in the association, made possible through a series of court judgements that have authenticated and reaffirmed Pretty Okafor as the national leader, and has prohibited any act of factionalism within the musicians’ union.