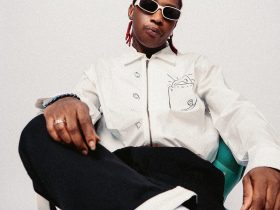 The executive producer of the Best of Nollywood Awards, popularly known as BON Awards, Seun Oloketuyi, has revealed the reason why the traveling award event would be taking place in Imo State’s capital for the 2022 edition.

In a release made available to the media, Oloketuyi explained that the history of Nollywood is incomplete without Imo state and Iweka Road, which used to be a major distribution getaway for Nollywood productions during the hay days of digital video disc sales.

In addition, hosting the prestigious awards event in the state is a good opportunity for Nollywood practitioners to appreciate the good work Governor Hope Uzodinma has been doing in ensuring that the Nigerian make-believe industry thrives in the state since holding the helms of affairs two years ago.

This year’s BON Awards will be held at the International Conference  Centre recently renovated by the state government on December 3, 2022.

“We’ve taken the 14th edition of the awards event a notch higher by ensuring that it’s at par with the best of what is obtainable in the world and it can only get better from here,” Oloketuyi disclosed.