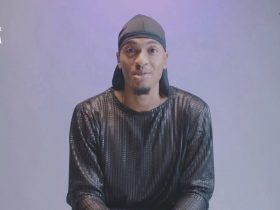 Big Brother Naija is undoubtedly the most talked about reality TV show in the country. While the housemates are free to express themselves, there are rules and regulations they must abide by during their stay in the house. Since its inception, some housemates had flouted some of those rules, and were disqualified. The last housemate to be disqualified was Beauty Tukura, who was booted from the show last Sunday. Saturday Beats take a look at these disqualified housemates

Beauty Tukura, a former Miss Nigeria (2019), was disqualified from the ongoing seventh season of the show tagged, ‘Level Up’.

She was disqualified from the show after she fought with a fellow housemate, Groovy, because he danced with another housemate, Chomzy. She and Groovy were an item in the house.

The week before that, she had been aggressive towards another housemate, Ilebaye, as she pulled her wig.

While announcing her disqualification from the show, Big Brother said, “Your actions last night were out of line. You should have managed your emotions. You removed your microphone; you threw another object at Groovy after throwing your glasses and wig at him.”

In a video posted on social media during the week, Beauty apologised for ‘letting down’ her fans. She said, “To everyone who’s been riding with me or supporting me, thank you.

I am so sorry I left like this. Alcohol got the best of me. Beauty will do better.”

Erica Nlewedim participated in the 2020 ‘Lockdown’ edition of the show. She was disqualified from the show on Sunday, September 6, 2020, after she had received two strikes and a last warning from Big Brother.

Erica’s disqualification followed her attack on a fellow housemate, Laycon. She was also accused of preventing the then deputy head of house, Prince, from entering the head of house’s lounge. Also, she poured water on a bed in the lounge, and made attempts to speak with the camera crew.

However, she has continued with her acting career. Some of the movies she has featured in after leaving the house are ‘Bitter Rain’, ‘Devil in Agbada’, ‘The Blood Covenant’, and ‘Made in Heaven’.

Natacha Akide, aka Tacha, was disqualified from the Season four edition of the show tagged, ‘Pepper Dem’. Her offence was having an altercation with another housemate, Mercy Eke, which led to physical assault.

After her disqualification from the show, the Rivers State indigene has made a name for herself with her involvement in business and social activism.

In February 2018, two housemates— Oluwabusayomi Abiri (Khloe) and Kelvin Brouillette (K-Brule)— in the third edition of the show tagged, ‘Double Wahala’, were disqualified after they received their third strikes for inappropriate behaviour.

K-Brule got his first warning after he jumped from the first floor of the BBNaija house. While some people believed he was drunk, others said it was because he wasn’t comfortable with fellow housemates, Anto and Lolu, kissing each other.

He was handed a second strike when he wanted to attack another housemate, Dee One, during an argument. However, he was held back by other housemates, Lolu and Angel.

On the other hand, Khloe described K-Brule’s mother as a whore during an argument which caused both of them to get strikes.

Khloe was prevented from being physically harmed by K-Brule by other housemates after he had threatened to hit her. After receiving their third strikes, both of them were disqualified from the show.

In 2017, Ekemini Ekerete, aka Kemen, was disqualified from the second edition of the reality show. The Akwa Ibom State indigene was said to have touched a fellow housemate, T-Boss, inappropriately when she was asleep.

Though Kemen has constantly stated that he was not guilty of the allegation levelled against him, it undoubtedly left a dent on his career and public image.

He currently works as a fitness enthusiast and personal trainer. 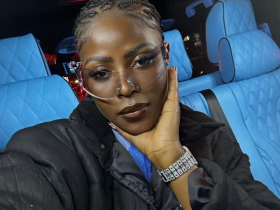 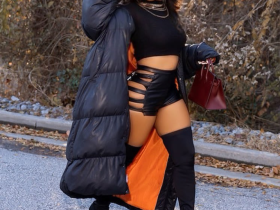 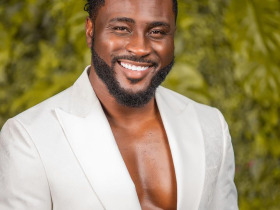