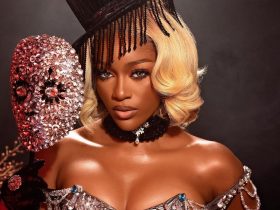 The Performing Musicians Employers’ Association of Nigeria, has said it will launch its biometric Identity card at its forthcoming first National Executive Council Convention.

PMAN president, Pretty Okafor, noted that the card was developed in partnership with Zenith Bank.

At an event held during the week, Okafor said, “PMAN is proud to announce that its new and improved biometrics ID cards will be issued to the first batch of registered members across the country.”

Urging invited guests to honour the invitation, Okafor said, “The event promises to set the ball rolling for greater things to come for the advancement and betterment of the entertainment industry in Nigeria and beyond.”

PMAN’s second Vice President, Zaaki Azay, added, “The progress in PMAN is borne out of the synergy and unity in the association, made possible through a series of court judgments that have authenticated and reaffirmed Pretty Okafor as the national leader, and has prohibited any act of factionalisation within the musicians’ union.”

Delegates from across the country are expected to attend the NEC meeting, where discussions will revolve around the biometric card registration drive.